What Did You Have for Breakfast?

By Susan E. Swanberg, Associate Professor, Associate Director, School of Journalism at the University of Arizona

In the fall of 2021, more than a hundred children and other members of the public participated in “dissect a barn owl pellet” demonstrations held as part of the annual Flagstaff Festival of Science program. Participants in these events learned how to dissect and examine sanitized barn owl pellets for the remains of creatures the owls once feasted upon. These “owl pellet” demonstrations, three sessions of which were funded by the Western National Parks Association (WNPA), informed an engaged public about techniques used by scientists to study the habits and habitat of the Mexican spotted owl (MSO) in Walnut Canyon National Monument, located approximately 10 miles southeast of downtown Flagstaff, Arizona.

The Endangered Species Act (ESA) was passed in 1973 to safeguard species biodiversity by protecting endangered or threatened plants and animals. The ESA classifies a species as threatened when the plant or animal is likely to be in danger of extinction within the foreseeable future throughout all or a significant portion of its range.

Discovering what the MSO eats in specific locations within the monument will help scientists determine whether the monument’s habitat can adequately support and aid in the recovery of the bird. With climate change models predicting alterations in the forest composition that might impact the owl’s prey species, it is important to establish baseline estimates of the prey animals sustaining the MSO population residing within the monument.

WNPA funding supported both the research examining categories of prey consumed by MSOs roosting within the monument and the public outreach program that explained, using a hands-on experience, how owl pellet dissection can help determine which prey species the owls are eating.

The scientists who conducted these studies—Jon Hardes, Mark Szydlo, and Brent Hetzler—focused their efforts on the diet of Walnut Canyon’s Mexican spotted owl population during the breeding season by dissecting MSO pellets collected from the species’ roosts and identifying—to the extent possible—the types of creatures the owls were consuming.

No birds were perturbed during the collection of the pellets. According to Hardes, the Walnut Canyon Mexican spotted owls were not bothered by National Park Service (NPS) staff who cautiously and quietly collected the birds’ pellets. Pellets collected by NPS staff were wrapped in foil and labeled according to the location where they were found. Prior to dissection, the pellets were sterilized to kill any parasites they might contain.

Hardes, an archaeologist and vertebrate osteologist, dissected the MSO pellets from both the 2018 and the 2020 studies and examined the contents of the pellets for animal remains, including skeletal or exoskeletal elements from which he could identify the MSO’s prey to the family, genus, or species level. To identify animal bones, Hardes used a skeletal comparative collection housed at the Museum of Northern Arizona in Flagstaff (called a “bone room” in scientific vernacular) and his own collection of animal bones in conjunction with inventories, reports, and manuals containing information on vertebrate osteology.

The 2018 pilot study conducted in Walnut Canyon NM was remarkable in that the majority of animal remains found within the MSO pellets were the bones of mammals (97% of the remains) and birds (3% of the remains). No arthropod remains were identified in the 45 pellets collected from the six roosting sites examined in 2018. According to Hardes, scarab beetles and other arthropods are commonly found in MSO prey studies, so it had been a bit of a surprise to find no arthropod body parts in the 2018 study. Also interesting was the fact that remains of the silver-haired bat were found in the 2018 pellet sample.

In comparison, the 2020 study of 70 MSO pellets collected from nine roosting sites within the monument also contained a large percentage of mammalian remains (95% ). Pellets from two of the roosting sites, however, did contain the remains of scarab beetles (members of the arthropod group of animals). A very few frog or toad remains were found in the 2020 MSO pellet sample.

Hardes, an accomplished scientist who is not, however, an entomologist, was able to identify arthropod remains using identification resources available to him. In his research report to the WNPA, Hardes noted that pellets collected in 2020 from two Walnut Canyon roosts contained more than one hundred limb, thorax, and abdominal elements from scarab beetles.

In his examination of the 2020 pellets, Hardes also identified skeletal elements from several mammalian species not previously identified as Walnut Canyon MSO prey species. These newly identified species included Merriam’s shrew, a species of pocket mouse, and the white-throated woodrat (a packrat, in common parlance).

In a scientific note published in the journal Western Birds in 2022, Hardes wrote that this WNPA-funded study “will provide resource managers with baseline data critical to the development of more effective forest-management plans and fire-management projects that support the prey of this protected bird.”

Hardes led “barn owl pellet” dissections at three locations in Flagstaff during the weeklong 2021 Flagstaff Festival of Science. Those locations included Wheeler Park, Bushmaster Park, and the Walnut Canyon National Monument Visitor Center. Participants who found particularly fascinating objects in the pellets they dissected were encouraged to share their finds with the other participants using a projection system Hardes had assembled by attaching a dissecting scope to a television screen.

“Working with the kids is what I enjoy the most,” Hardes said with a laugh in a recent interview about the 2021 barn owl pellet events. “Working for the Park Service you have a dual mission: preserving the resources but also sharing the resources with the public because they are the true owners of those resources. You’re not serving the public unless you are teaching the next generation.” 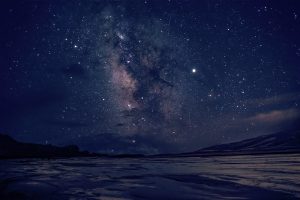 Great Sand Dunes National Park and Preserve is hosting a dark sky celebration on Saturday, August 27th from 6:30 p.m. to 11:00 p.m. at the outdoor amphitheater. Far from the light pollution of urban areas, Great Sand Dunes protects some of Colorado’s darkest night skies. This free event will celebrate and educate visitors about the benefits to dark sky preservation.

The event begins with a 30-minute “Birds of Prey” presentation at 6:30pm by the Nature and Wildlife Discovery Center of Pueblo, Colorado. Shortly following the presentation, visitors will have the chance to meet owls rehabilitated at the Discovery and Nature Center.

A kids’ activity and information table will be set up at 7:30pm for visitors of all ages to learn about reducing light pollution and appreciating the dark skies. Staffed tables will provide astronomy information, handouts, and the Junior Ranger Night Explorer activity book. Upon completion of this activity book, kids can earn a special night sky patch. A ranger-led program will begin at 8:30pm followed by multiple telescope viewings of planets and deep sky objects. The event concludes at 11pm but stargazers are encouraged to continue enjoying the dark skies after the event.